First stop ion our trip was to Split, Croatia.  It took us about 6 hours to get there and was a pretty easy drive with not much traffic.  Below is a map so you can see where Split is located.  After Split we went to Dubrovnik, which is 3 hours South of Split, that post will be on another day.

Once we got checked into our hotel we decided to get back in the car and head 30 minutes to Trogir for dinner.  It’s a neat little town on the water. 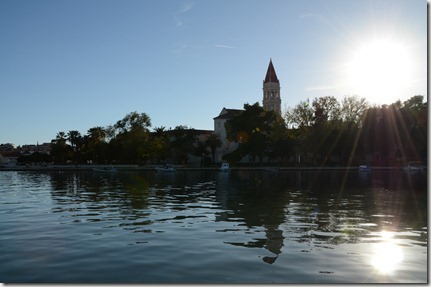 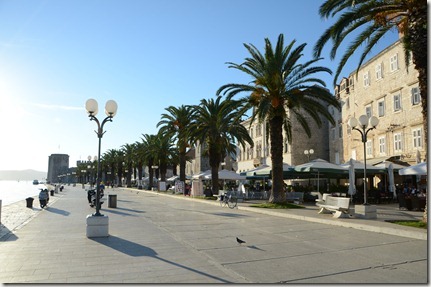 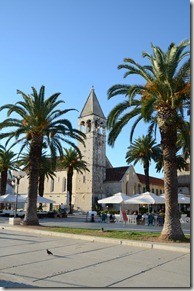 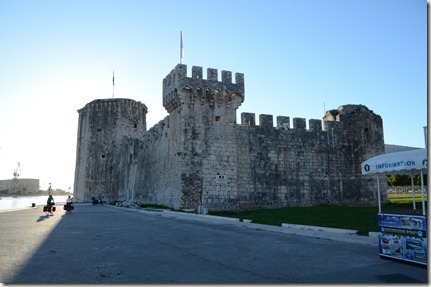 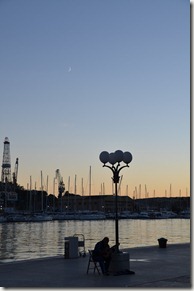 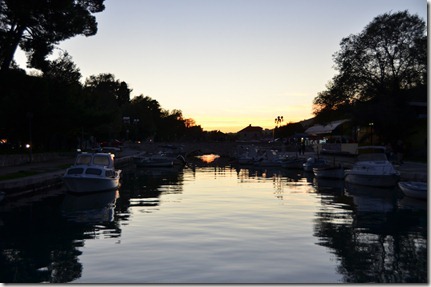 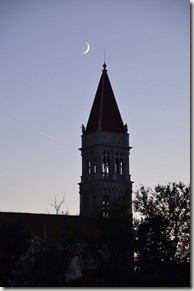 The next morning is when we decided to see Split. Split is a very old City and it’s main attraction is the Diocletian's Palace, our guide book had a suggested walking map, which is what we did to view inside the walls. 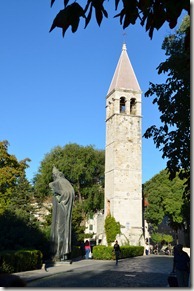 Statue of Bishop Gregory of Nin, they say to rub his big toe and make a wish! 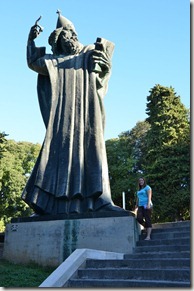 Inside the walls of the Palace 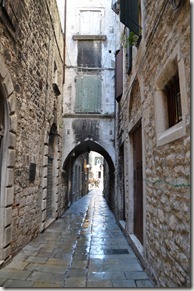 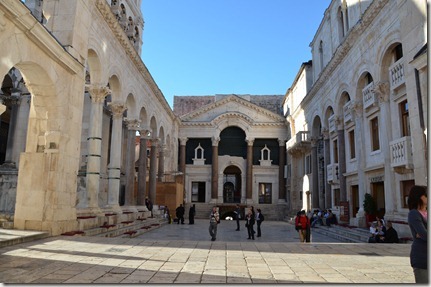 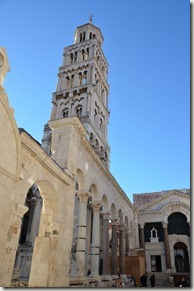 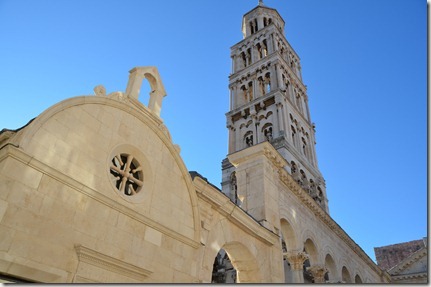 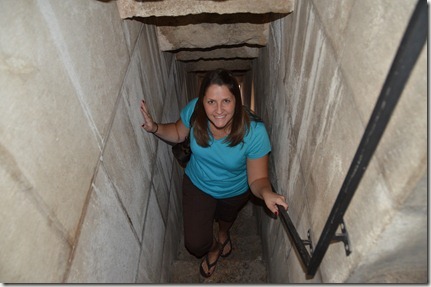 Views from the top 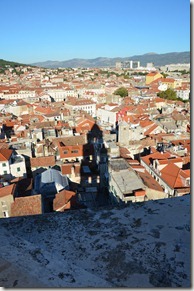 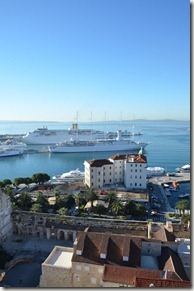 The outer walls, which hold businesses and line the water. 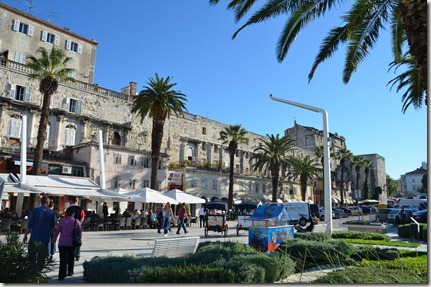 We then hopped on a ferry to the Island of Brac, rented a car there and explored the island.  It was so much fun and so beautiful! 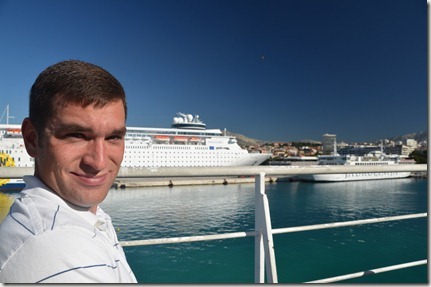 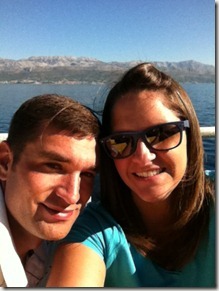 First stop was the town of Bol, which was beautiful! It had the clearest, most beautiful water I have ever seen. 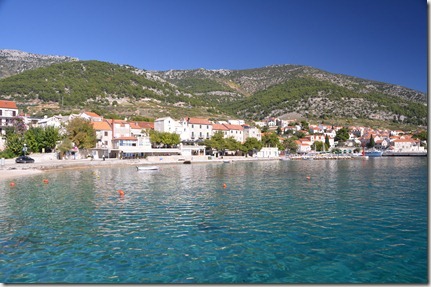 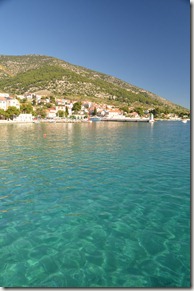 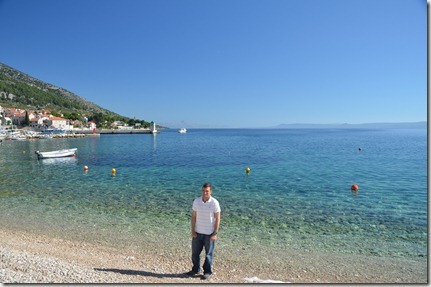 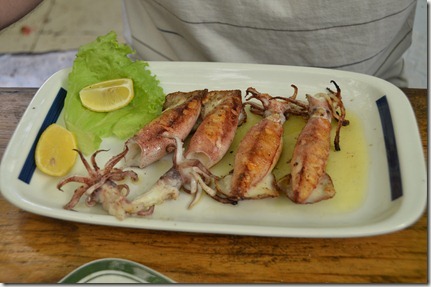 Next stop was Zlatni Rat beach…they say that 90% of Croatia’s travel posters have this beach on them.  As you can see, we were there at the right time, barely anyone was there, it was great! 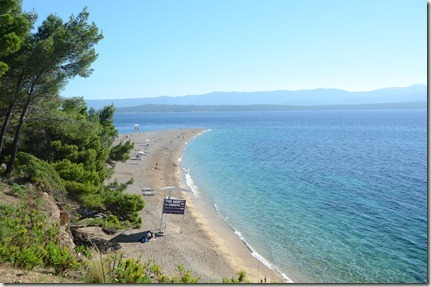 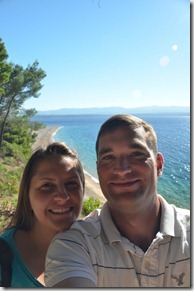 We visited many other places on the island and took many more pictures, we spend about 4-5 hours cruising around, rental car pic is below. 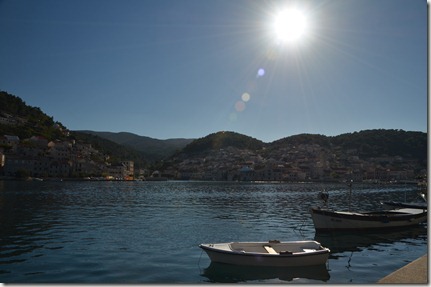 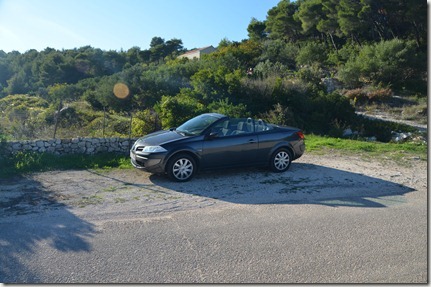 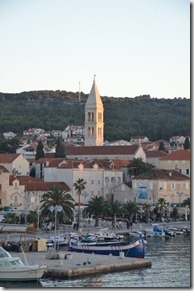 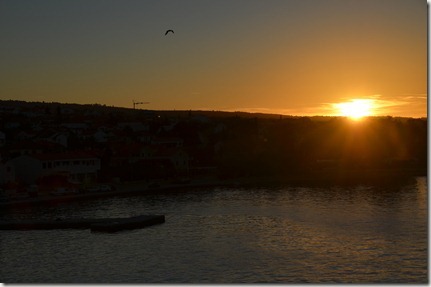 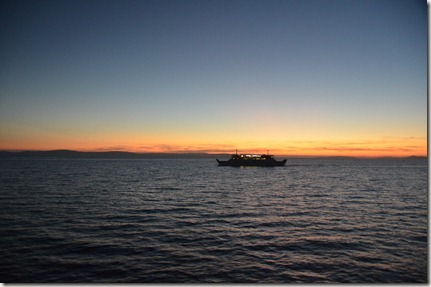 We got back on the ferry and went to back to Split and ate dinner.  It was a nice little town, I guess I was expecting more to be in the town, but it was nice that there are other islands to explore as well.  We spent 2 nights in Split, had 1.5 days there, I think it was plenty of time to see all there is to see.

Brittney
I am 34 years old, I am a Registered Nurse. I married my best friend and high school sweetheart on March 21,2010. He is an EOD Officer in the United States Air Force. We've been stationed in South Dakota (Ellsworth AFB), Northern FL (Hurlburt Field), Italy (Aviano AB), New Mexico (Kirtland AFB) and now in Northern Virginia (Pentagon). We have an amazing 4 year old little boy, Ethan.